Whether it is a traumatic injury from landmine blast, any explosive ordnances, vehicle accident, or any other; losing a limb is a life-changing event that one should not go through alone. 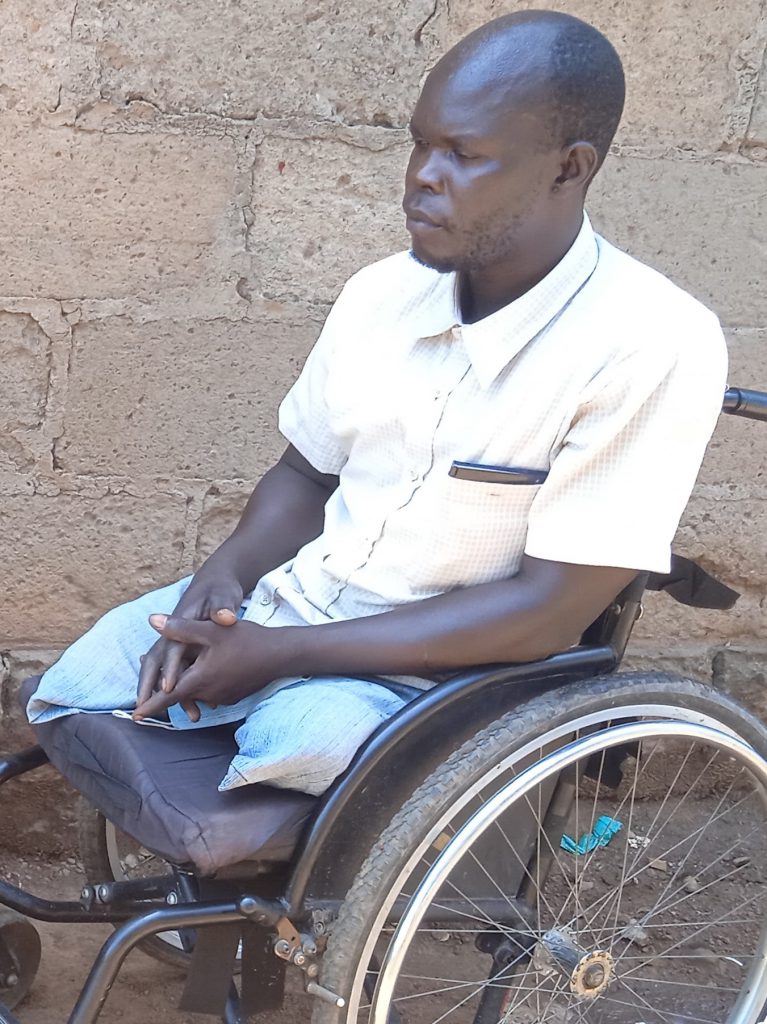 Both his legs were ripped on trauma when he woke at Gulu Regional Referral Hospital where his first rehabilitation took place. His right arm was broken as well as seen from the xray but somehow the surgeons did not do any other medical procedure. He still experiences pain and some much discomfort to date especially when he propels himself wheeling in sports activities. His bones may have not been well aligned but stubborn bones just heal he is told. He was provided a wheelchair at first after initial healing of wounds. Farther rehabilitation continued where a pair of prosthesis was fixed for his mobility. Oscar opened the first welding workshop in Anaka Town in 2015, when there was no electricity.

He trained over 70 youths who were on drugs, theft, hooliganism and transformed their lives over the past 6 years. Every wielding workshop owner in Anaka town was once his student making him a respectable figure in the industry. He owns two workshops where a couple of young men in Anaka town and Olwiyo Centre are employed. Oscar was elected a Councillor III Representative of Persons with Disabilities Olwiyo Sub County in the recently concluded general election 2021. He is ably looking after his family with returns from his different trades and engagement.

Just running around with innocence as a 5-year-old in my village Palabek, then Kitgum district was met with a foot mine responsible for me becoming a left above knee amputee. I was taken to kitgum hospital were my good for nothing leg was decapitated. I was initially given a wheelchair after healing of the wounds before the use of crutches. I was taken to GRRH where farther rehabilitation was administered including walking with prosthesis.  There was so much discomfort using the artificial limb and no technical person to advice or help me once we had returned to kitgum.

When time for school came I relied on crutches for mobility throughout primary and secondary education where I dropped out. Opportunity to come live in Gulu came a few years ago where I get to undergo skills training in hair dressing and play disability sports. Playing wheelchair basketball afforded me inter district travels with my peers for competitions. I also had the honour of representing my country in the inaugural East African Wheelchair Basketball Championship where I was Uganda’s best player in the finals and second top scorer.

Exposure in the new environment had me contest in Miss Tourism where I became Northern Uganda Miss Tourism 2018.I am a talented dancer, most times entertaining people with Acholi Traditional dances/songs for occasions and parties.

I am still limping with a single stick but yet to explore prosthesis now that I live in Gulu where there is free services for prosthesis replacement.

Coming to think about several amputees able to walk upright, I implore government to continue financing production of artificial limbs, crutches and provision of wheelchairs to help survivors and new amputees cope with life that is left of them.

Some young survivors have had to drop out of school cause of financial constraints.  Government should single out survivors for bursary in schools, vocational studies and universities to compensate for the debilitating effect of war on their past.

There are so many adults who can rear animals, cultivate land for agriculture and run own businesses amongst survivors but lack capital. Why can’t government for once distinguish between a person with disability and us amputees who were victims of the war.

We are grateful for the rehabilitation that government and its partners have given us hope to continue living but most survivors are really the poorest of the poor. 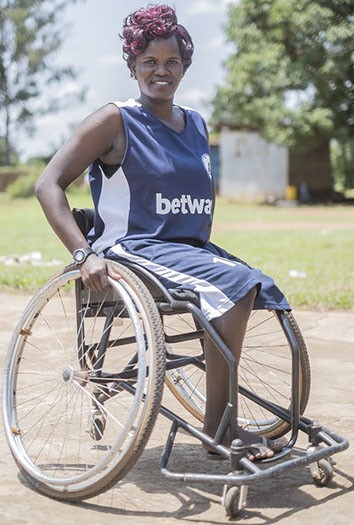 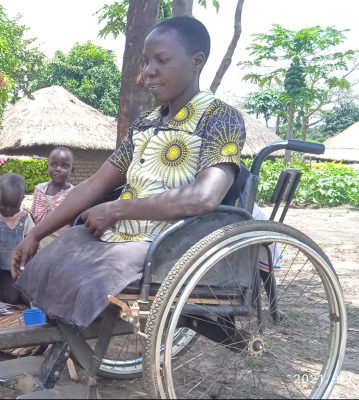 Concy entered the world 36 years ago a beautiful little girl. In Pajaa, present day Nwoya district, a girl-child chores meant fetching water for the family at tender 5 years or close to that. One day down the stream after fetching water in a vessel with my little brother I needed somebody to hoist it on my head. Fortunate for me my teenage cousin appeared, raised the jerrycan on my head. With both feet planted firmly on the miry ground, I lift the right foot …the rest is hospitalization, a funeral and double stubs in 1996.

Attempts were made to save my kid brother because his condition seemed worse. Punctured stomach emptying bowels, torn mouth and popped skull. We lost him. My cousin took a chunk of shrapnels in her body but none fatal. She underwent routine medical procedures over the years to remove those foreign bodies but the ordeal lives on.

Both my feet were hanging on skin or muscle. Amputation above the knee was adjudged appropriate and then rehabilitation.While I recover, Bro Elio (deceased) monitored my recovery with kindness. He pledged a home for me to my father and elder sister who were looking after me.

A few weeks before my time of discharge, a large number of patients from a vehicle hit by landmine were brought to St Mary Lacor hospital and more beds were desired for admission. The orphanage would then become my home in the company of other children who were survivors of the dreadful explosive ordnances for the next dozen years or so. Wheelchair was the advisable assistive device for my condition. I did not quite try prosthesis.

I was given a family that took to me school and graduated with Bachelors degree in 2013. I got into a relationship but sadly it was short-lived. I am grateful that my benefactor constructed for me a permanent house in my parent’s home which is accessible for my impairment.

I have been applying for jobs including the local government but fall short. My qualification is squeaky clean but discrimination of persons with disabilities is loud in it all. I have since started buying cereals and grain to sell to earn a living as I wait for the day my application finds a favourable consideration.

I remember there was a time when somebody in government asked survivors to write down their names because they were earmarked for a modest 5m initial compensation due to the brutality of war on us. It is alleged that the State released the funds but that officer and his team probably embezzled the cash.

Our plea is not just too much entitlement. It is accountable to the tax payers and citizens of this country who either looked on, witnessed or did nothing as the war slowly crippled the north.